One of the things I've convinced myself of in this past year is that if there's something I want to do, then I should do it. 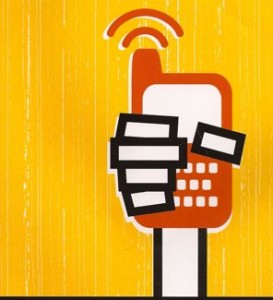 Sounds simple right?  But not so much.  In this particular example, South by Southwest, it's something I've wanted to attend for years.  But instead of just deciding I was going to go I wallowed in my cube and read/watched what was going on in the week long center of the world.  I know you're saying "well it's your own fault for not doing something you wanted to do", and it's true.  It was one of those things I convinced myself that everyone else does, but not me.  For instance:

2007 I had a depressing post, not even making an attempt to think that I should go. Of course that time in my life was pretty crappy and I wouldn't had been able to go even if I made the decision to.

At some point after that I realized life was short and from then on I'm just going to do the things that would make me happy, or at least make the attempt to.

So making the trip to Austin this year is quite symbolic for me.  For many it's that thing people do every year, but for me it's one of the many things I never let myself do before.

I would be going anyway, because I want to, but it just so happens I actually have reasons to go.  With my world surrounded around Mysterious Dottie I can't not use this opportunity to see what's going on in the world.  Compare, contrast, maybe even have a few chats.

Aside from the "business stuff", I'm pumped to see people.  There's people I've known for years that I've never met in person that I'll finally be able to say hi to.

There are some awesome panels I'm really looking forward to.  I put my schedule up if you're at all interested in what panels I may be attending.  Though it's just a list of things I may be interested in without taking scheduling into consideration.  I'm sure the process will be dynamic throughout the festival.

And of course: the parties.  Hopefully it'll be an awesome chance to meet some really neat people from all over the world.  Smart people with ideas, and ambition, and interests similar to mine.

So enough of me blabbing about this.  If you're at all interested in following my journey to Austin, as always follow me on Twitter, and check out what locations I'm at via Foursquare and Gowalla.  Honestly I'll probably be using Gowalla more than Foursquare just for this trip because of the Austin home town service advantage.  Plus they're giving out VIP admission to parties ;)

And lastly: I apologize in advance to all of you following me on services who are going to really get sick of my updates and photos.  Sorry!